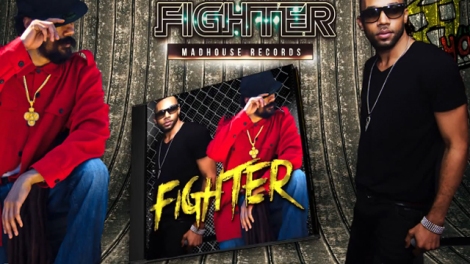 Another hot one from Cham hit the streets this month. This time “Mr. Lawless” teamed up with the Gongzilla Damian “Jr. Gong” Marley for the single “Fighter” on the Madhouse Records label. Cham starts off by reminding the masses, “We made it but we did things our way. Gotta give thanks and praises each day. We hustle real hard so we control our future…” while Marley chants about the hard work that must be done in order to be recognized as a fighter of “the system.”

This track is out of the ordinary for Cham since it has a techno feel to it. “Fighter” is reminiscent of Gong’s track “Make It Bun Dem” which was produced by Skrillex and another similar track produced by Hard Work for Sean Paul’s forthcoming album called “Riot” also featuring Marley. However this time famed Jamaican music producer and Madhouse label owner Dave Kelly takes full responsibility for this one.

I wonder if this type of sound will be an ongoing trend on the reggae music scene but I guess we will have to wait and see. In the meantime check out Cham’s new banger below.

Music, Movie, TV and Pop Culture News for the Mainstream and Underground