“As we entaaaaah”……… The one and only Damian “Jr. Gong” Marley a.k.a. Gongzilla has finally given us what we’ve been waiting for! Today he and the Ghetto Youths Crew drop Set Up Shop Volume 1 full length album. This is, in esssence, the full serving from the taste he gave us last spring with the title track “Set Up Shop.” 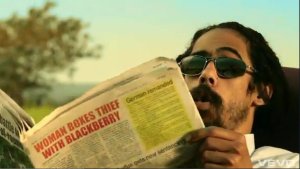 Set Up Shop the album is filled with 14 new hortical chunes I’m positive you’ll love. There are collaborations on this project that will make your heart skip a beat. Combination styles on songs like “End Of Time” with Stephen Marley, Jah Cure and newcomer Christopher Ellis (son of the legendary Alton Ellis). You will also hear Jr. Gong team up with Wayne Marshall, Tarrus Riley and T.O.K. for “In Dependence.” I would be remiss if I did not mention the blockbuster banger “Go Hard” featuring an encore appearance from Wayne “Marsheezy” alongside Aidonia, I-Octane, Assassin, Bounty Killa, Vybz Kartel and the Zilla himself. Other stars that shine on this project include newbies like Black Am I, Jo Mersa and Daniel “Bambaata” Marley. 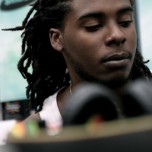 The whole album is refreshing as the Ghetto Youths International crew manage to capture the tastes of a broad audience. You will find everything from rootsy tunes like “Samson Strength” to up tempo dance songs like “Don’t Change Your Number.” There are songs ready for the dancehall like “Dem Neva Mek It” and chunes for after the dance… (for that, press play on “Affairs Of the Heart”)

Overall, I’m more than pleased with the entire Set Up Shop Volume 1. I’m already looking forward to Volume 2! Below are a few select tracks and video just to whet your appetite!

“Affairs Of the Heart” – Damian Marley

“Samson Strength” – Black Am I

One response to “Set Up Shop : Volume 1”

Music, Film, TV and Pop Culture News for the Mainstream and Underground